Last week, in this ongoing Coronavirus pandemic, the governments were fighting to reduce Covid-19 victims, and people were busy following Kim Kardashian or Kylie Jenner's cosmetics products, a new Donald Trump tweet, or even a new Elon Musk’s innovations and his SpaceX projects. But suddenly we heard: “Homosexual people have the right to be in a family. They are children of God”.

A few days ago, in a new biography documentary called ‘Francesco’, “Pope Francis” defended same-sex married couple as a new color of civil union, and people whatever their sex and whatever their relationship have a right to have legal support. Everyone has a personal tendency and a concept to his or her civil partnership. As a result, Pope Francis became the first leader in the Vatican who endorses same-sex civil union, and gay rights as he described them as “Children of God”.

On 13 March 2013, Pope Francis has been selected to be the Catholic Christianity speaker in all religious events and human ceremonies. As a Pontiff, is not an easy responsibility at all, especially he has continuously spoken about the necessity for the Catholic Church to accept and welcome all people regardless of sexual orientation, and gay people as an example, when he said:” If a person is a gay, and seeks God and has goodwill, who am I to judge?”.

Also, on 1 April 2019; Pope Francis noted in an interview with Jordi Evole a Catalan journalist, that Catholic teaching including its position on marriage must be merciful towards all LGBT (lesbian, gay, bisexual, transgender), and he added:“ Tendencies are not a sin! But if you have a tendency to anger and hurt people, the sin is there”.

During a long period of Vatican history, the Catholic Church tyrannized gay people and considered homosexuality as an ‘intrinsic defect’. Also, the church was teaching that gay relationships and homosexuality is a sin in general. But now, Pope Francis speaks out in favor of gay status.

Francesco documentary will create a significant impact in several countries, and governments where gay people do not have a basic civil right and recognition of their partnerships, like Iran, Pakistan, Saudi Arabia, etc.

Regardless of the ethnicity or the religion, the Pop words will make a new light spot for LGBT organizations like IGLYO, ILGA to demand more freedom as a human need. That will lead to more pressure on many governments, which already refused to recognize same-sex marriage as a choice, not as a crime, or failed to make a real law framework in reason to protect individual liberties and gays communities.

Since the first century, same-sex marriage or gay marriage was existing in the old world like China, Europe, the Middle East, but in other names like “Equal marriage”. The equal or gay marriage in that period was as same as now, it had several types of same-sex unions, with various conditions and different cultural positions when people were lived in that period.

In some old manuscripts, during the Zhou period of China, there was a story of Pan Zhang who married Wang Zhongxian. Also, equal marriage was known in Ancient Greece, Canaan land, old Egypt, Rome Empire (Emperor Nero has married twice, two men at different times).

In 2001, the Netherlands became the first nation in the world to establish the opportunity for two persons of the same gender (two men or two women), to marry and to create a family too. Since then, over 15,000 gay couples have wed. Today, in nine other nations besides the Netherlands, gay marriage is possible also.

As a result, in 2003 the Belgian parliament confirmed the attestation of same-sex marriage and registered the partnership between the same genders as a recognized right.

International funding has grown in recent years for individuals campaigning for same-sex marriage rights around the world. In 2017, it was Malta, Australia and Germany authorized same-sex marriage, and Taiwan in 2019 made a fingerprint in civil freedom history, becoming Asia's first country to welcome marriage equality legislation.

On May 26, 2020, Costa Rica was the first Central American nation to allow same-sex marriage. So, there are until now 29 countries where equal marriage is legally permitted and attested, and after the Pope Francis documentary, it can be a new push to other countries to take a courageous step forward in human rights. However, same-sex couples should still keep in mind that their marriage and its consequences will not be recognized in every country, especially in Islamic ones.

One month ago, the Public Religion Research Institute (PRRI) announced an unexpected result of a random survey of 2,500 respondents from every state in the USA who were asked their opinions on a lot of social topics, LGBTQ rights were one of them.

In time, 28% of Americans were against gay marriage. The survey showed that more than two thirds (70%) of Americans said they were in favor of giving same-sex spouses the right to marry. The highest number of supporters recorded in the survey included Protestant Catholics of other Christians and a few non-Christians of both races.

Finally, we can define marriage as a civil legal union for the life of one woman and one man, as an aware couple they chose each other based on love as the main reason. Marriage is how society affirms a decision that lovers made to take care of each other through good times and bad times too.

Gay people are human as well as heterosexual lovers, they love each other genuinely. So firstly, who are we to judge them? Secondly, do you think the “Pop Francis” documentary is just an innocent merciful message or a sneaky way to hide something for the next coming days?

Please let me know your valuable opinion in a comment, you have a lot to share with us.

Debra Umberson, “Challenges and Opportunities for Research on Same-Sex Relationships Journal of Marriage and Family 77, no. 1 (2015) 96-111. 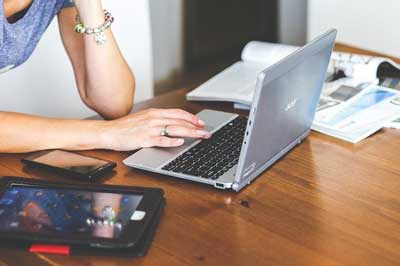