Branding Strategies For 2021: The Not-So-Trendy Neutral

Brands flirting with controversy to push the limits of marketing is nothing new.

In early advertising, and generally regarded as an iconic piece of promotion, the story of ‘The Man in the Hathaway Shirt’ by Ogilvy for Hathaway shirts in the 50s, flirted with the concept of danger and adventure, represented by an aristocratic looking model wearing an eye patch.

Four decades later in the 90s, Benetton’s United Colours campaign by photographer Oliviero Toscani, was created without much visible linking to actual products. Images of a black woman breastfeeding a white baby, the deathbed of an AIDS victim, or a priest and a nun kissing, managed to position the Benetton brand through shock tactics.

Until suddenly, that didn’t work. Before our eyes, the brand seemingly sank in stature, and became just another clothes shop. But what happened?

Could it have been the result of Benetton not connecting its courageous marketing with a broader narrative. Or not having the brand make those bold images integral to its own story?

Instead the United Colours campaign floated off on its own, somehow orphaned by its parent company, which quickly began looking static and remote from the marketing.

So how will brands differentiate themselves in the future? How will they lead and inspire, as consumers demand?

A key term has long been ‘consumer engagement’, and for consumers it’s hard to see the downside of being invited to participate in the life of their brands. But you could wonder how far consumer engagement can go. For can a brand remain inspiring if all its inner workings become public domain?

Surely, a brand lifting the surrounding veils, while its story increasingly is a result of audience consensus, will find it difficult to keep delivering surprise and excitement? Especially in the context of consumers expecting non-stop innovation and lightning-fast product life cycles.

As stakes rise in the effort to deliver novelty and value in order to rise above commoditization, it looks like rough seas ahead for many brands.

So, perhaps more will carve out new roles by aligning with volatile, politicized, and polarized issues to charge the surrounding air.

TALK THE TALK, WALK THE WALK

But when brands link their fates to the world around them, and don’t follow-up tough talk with tough action, claim relevance while just skimming the surface, construct narratives that promise good things in imaginary worlds and not in this one – such branding-as-usual activity may swiftly degrade their value.

For some brave brands, defining themselves in the real world may become the best way to navigate markets, while others, lacking the taste for thorny issues, will find the front lines too daunting and instead retreat to a quiet existence in the shade.

Will positioning by controversy then become the standard for branding? The buzz-words; engagement, innovation, accountability, connectability may inevitably wear out. But beneath them run deeper, timeless concepts such as courage, truth, honour, faith.

Perhaps the misjudgment of Benetton and its radical 90s advertising, was that the brand played with big themes and raw emotion - without accountability.

As for us consumers. What do we really want?

Global institutions we’ve created and for decades trusted to solve global challenges, often seem to exist in some void where they lack presence in, and clout over, consumption-driven cultures. They’re often unable to overcome narrow political interests, suffer from lack of courage and vision, and fail to convert all their good intentions.

So, will we instead start demanding of our brands that they stop camouflaging as neutral, and instead show us real world solutions?

Is expecting the work of the UN, the IMF, the Red Cross, etc., to be done by corporations, a sad development, just natural evolution, or something to sing about? 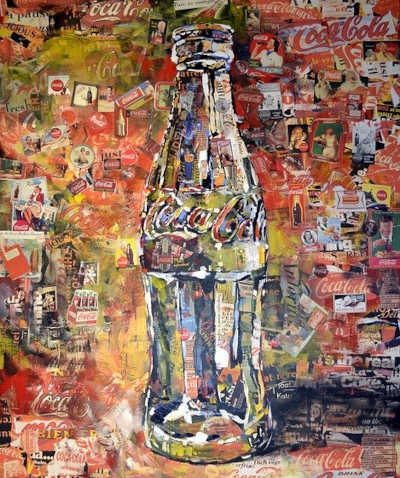