Mirrors Of Consciousness. How To Achieve The Perfect State Of Mind

Sometimes it happens that something lies directly nearby, but you don't notice it. You pass by friends, neighbors, and acquaintances. You forget an already listened to a lecture and recently read books. Who is to blame? Memory? Attention?

Memory and attention are the interconnected functions of thinking in a person.

Attention. A selective orientation of perception of this or that object.

You certainly noticed that some things are easier to remember if you pay a little more attention. For example, many people have problems with remembering names at the first meeting with a person. To remember a name, it is necessary to think simply a little about it, to try to write it mentally, and also remember or think some modifications of a name.

Your body’s perception capture 7-9 irritants at once and no more.

For this reason, you badly perceive long phrases. Statistically, 50% of adults don't understand the meaning of suggestions if they contain more than 13 words, and children of seven years don't perceive suggestions more than from 8 words.

We pay close attention for about 10 minutes.

Thus it is unimportant, whether the subject and quality of the story are interesting. Put before us through Cicerone or the latest film from any favorite director or even a rock concert, we will pay attention for a maximum of only the first 10 minutes, with time attention dissipates that with a new strength to watch an event.

There is such a wonderful syndrome.

An inattention of blindness.

There are different exercises and techniques to determine it. The idea of ‘An inattention of blindness’ that we don't see what is happening if we are occupied with other tasks. It mainly concerns men.

Emotions best help to strengthen an object in our long-term memory. K. S. Stanislavsky correctly characterized the value of this condition, saying to be attentive, it isn't enough just to stare at an object but to see it from different points views, to diversify its perception.

Stability. Drawing attention at the same object or to the same task for a lengthy period.

The concentration of attention.

An increase of signal strength at the limitation of the field of perception. The concentration offers not only a long deduction of attention on an object but also derivation from all other influences that aren't important for the subject at present.

Subjectively endured the ability of a person to keep in the center of attention a certain number of diverse objects at the same time.

Switching is the speed of transition just seeing activity to another (absent-mindedness is a bad switching).

Concreteness of attention is connected with the ability to allocate certain complex signals according to an objective, the personal importance, relevance of signals, etc.

The volume of attention is characterized by the number of objects on which the subject in fractions of a second can direct and concentrate attention. A special device called a tachistoscope determines attention volume. In a flash, a person can pay attention only to some objects (from 4 to 6).

The manifestation of attention is connected both with touch and intellectual processes and also with practical actions and with the purposes and problems of activity. In this regard, allocate the following types of attention:

Intellectual attention is directed on the more effective functioning of such informative processes as memory, imagination, and thinking. Thanks to this attention, people can remember better and reproduce information, create accurate images of imagination clearly and productively. As this attention has an internal character and is little available to research, it is studied in consciousness psychology.

Deliberate (arbitrary) attention arises in the presence of a subject purpose or a task to be attentive to any external subject or internal intellectual action. It is generally directed on the regulation of external touch and motor actions and internal informative processes. The deliberate attention can become arbitrary when the subject needs to show strong-willed effort to direct and concentrate attention on an object which needs to be learned or with which it is necessary to work.

The Consciousness Self Explained.

The inadvertent (involuntary) attention arises by itself without any purpose from a person. It is caused by properties significant to a person, and the quality of subjects and phenomena of the outside world. One such property is the novelty of an object. The involuntary attention is drawn also by all strong irritants such as bright light, loud sound, and pungent smell. Also not noticeable irritants if they correspond to requirements, interests, and installations of one’s personality can sometimes draw attention.

It would be desirable to note that often on the Internet it is possible to see advertisements for various substances and vitamins for improvement of memory and attention. However, it is important to understand that the true reason for carelessness and forgetfulness lies not in the chemical and biological processes of a human’s body but the psychological state and motivation. Therefore, resort to the application of these substances only as a last resort when nothing else helps and only on doctor's orders.

It is necessary to master exercises that will allow you to improve memory and to accelerate muscle work or pushups — not the only thing that is possible and is necessary for the brain.

We visit the gym to be in shape, and we are fixed on diets to keep healthy. How about the mind? Contrary to the opinion of your school games-master, the brain — not a continuous bone. The brain as well as muscles, can grow and change, the main thing — the nobility what to do, and to provide it favorable conditions.

One area of a brain.

The frontal lobe is responsible for planning, logical thinking, and decision-making. And it’s in our interest to increase the efficiency of its work.

The Levels of Consciousness.

The consciousness of self is divided into four levels with each having its distinction based on its criteria. All of us have fallen or are in any one of these states in our lives. They are:

Set one purpose. The ability to solve several tasks at the same time.

A valuable quality in the modern world, but continuous jumping from one business on to another, as a rule, reduce the general efficiency (especially if you constantly jump in an instant). STOP? Accustom your brain to longer periods of concentration.

Build all available affairs in turn and completely concentrate on everyone at least for fifteen minutes. As muscles after training regenerate and become stronger the next day so does the brain. It works more effectively if from time to time it has a rest.

We live in conditions of continuous information attack — that there is only one social network. By the way, an overdose of information freezes the ability of the brain to think and make correct decisions. An easy way to unload the random access memory is to ignore part of a task.

The letters that don't have a direct bearing on you and your work, delete them without hesitation. Calls that don't interest you at present, don't take them. In the beginning, such filtration will demand effort, but it will become automatized with time. And your head will considerably clear up.

Say aloud a phone number. Noticed how you divide figures into some groups instead of calling them in a row one after another. When your brain faces the list of words or figures, it keeps the first and last parts in memory. Next time, when you will go to the shop, try to remember the list of purchases, but at first, divide it into groups.

For example, six products from the vegetable department, five from grocery, and four from dairy. The first and last points will become more, and it will be easier to remember the entire list.

Unusual kinds of activity first force the brain to slip. However, the more often you beat out it from routine, the quicker it learns to cope with new tasks.

Remember, how many things you did automatically today. Brushed your teeth, made breakfast, reached early to work. It’s the least. Research from Harvard University shows that 47% of the time we are in the autopilot mode. At the same time, to keep the brain in tone, we have to train it new kinds of activity — in the same way as we change loading that muscles work more effectively. From time to time, give the brain new problems like, change a route before work or, for example, comb your hair with your left hand.

Or at least learn a couple of new phrases while abroad. First, it will be simpler for you to order, for example, favorite drinks in the bar. And secondly, and this is the main thing, according to research conducted in the University College London, during studying of a modern language in the brain processes of recognition of images and a solution that increases the density of gray substance are started. And it influences mental abilities in general — certainly, positively.

From that as far as you are attentive, your success in society depends on you. Help yourself to exercises, games, daily affirmation to feel necessary and happy. Ego always gets the best of us. Should we learn to tame and control our egos, not only are going to live a meaningful and purposeful life but our spiritual wellbeing will be lifted. The practice of self-analysis needs to become a norm, a daily routine. 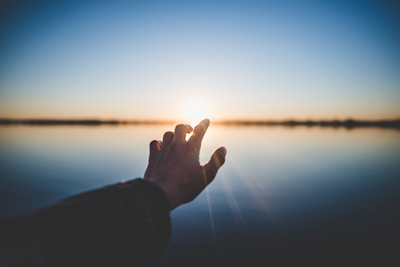